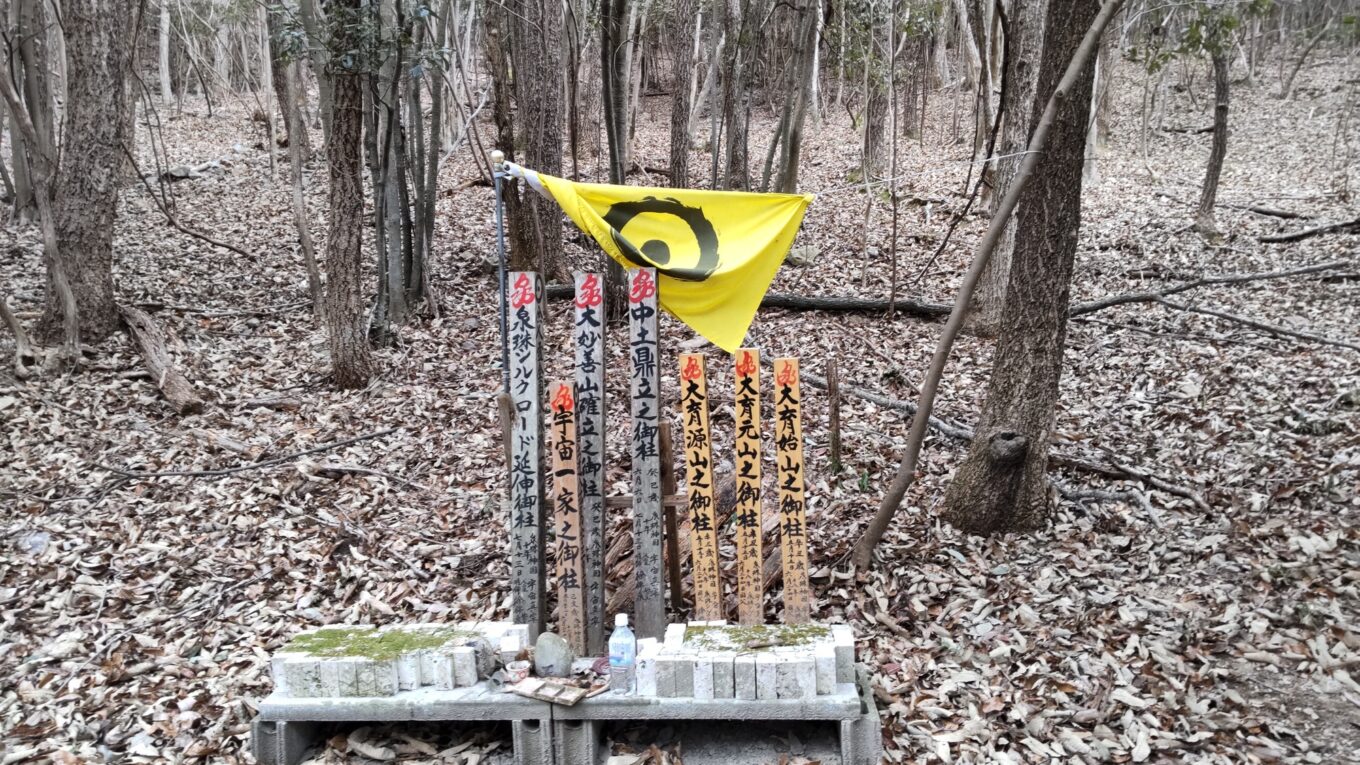 Religion is everywhere. There are no human societies without it, whether they acknowledge it as a religion or not.

One of the first things that struck me when I got here last fall was the fact that religion seems to be everywhere. It is hard not to notice that there are shrines, temples, and objects of devotion everywhere.

Every neighborhood has its own Buddhist temple. All of the temples I have visited here in Ako seem to have long histories. Each is associated with a particular practice tradition, or “sect” with its own lineage traced back many hundreds of years.

In addition every neighborhood seems to have a large Shinto shrine nearby as well, which serves as a place to pray to the local gods, and as a place where festivals and other celebrations are regularly held. It is hard to go anywhere at all it seems without passing through a torii gate, that marks a passage from the mundane to the sacred. The gods come and go through these gates, so it is best to keep to the side as one passes through to avoid bumping into a god while he or she is heading out on business or returning home.

In addition there are many famous temple complexes, and shrines that are commonly visited. These are popular tourist attractions among foreign visitors, not least because of their historical character and beauty. But they are also visited regularly by Japanese visitors, from near and far alike. I hesitate to call such visits “tourist” visits because, even though many people take lots of pictures at the famous temples and shrines, and show up at such especially beautiful times of year such as the fall foliage season or cherry blossom season in the spring, they also come for less secular reasons as well. These reasons include: prayer, leaving of specific ritual objects, making requests for divine assistance in love, work, or life in general, divination of one’s fortune, participation in specific rites of passage, for the sake of completing a pilgrimage route, Buddhist sutra copying, and also participation in devotional rites or meditation. People often seem to do these things along with taking many pictures and enjoying macha flavored ice cream or kitsune soba at the temple restaurant.

In spite of all of this, Japan is at the same time very much a secular culture. Very few people, it seems to my still very much outsider’s eyes at least, are “religious” in the sense of placing religious notions front and center in their lives. Relatively few people, when asked in polls respond with a religious affiliation they identify with. There are of course many people who are religious professionally — they are trained as priests and live and work at shrines and temples, conducting acts of devotion and rituals on a regular basis. Birth, coming of age, marriage, death and many other significant moments in life are marked by specific rituals performed by religious leaders and officials. But there seem to be few local equivalents of religious “fundamentalists” who signal their extra devotion with distinctive ways of dressing and engaging with the outside world. Again this may be only a result of my remaining an outsider here, but Japan does appear to be a very much secular society in this sense.

All of this leads me to conclude that maybe I am looking at things all wrong. Maybe the idea I have had in my head for such a long time that there are separate spheres of “religion” and “everyday life” just doesn’t apply here. Religion is everywhere and nowhere at the same time. This seems to be a paradox, but maybe it really isn’t so. Maybe the clear distinction between sacred and the profane that I am so used to seeing just doesn’t hold in Japanese culture. Gods and buddhas live alongside everyone else here.