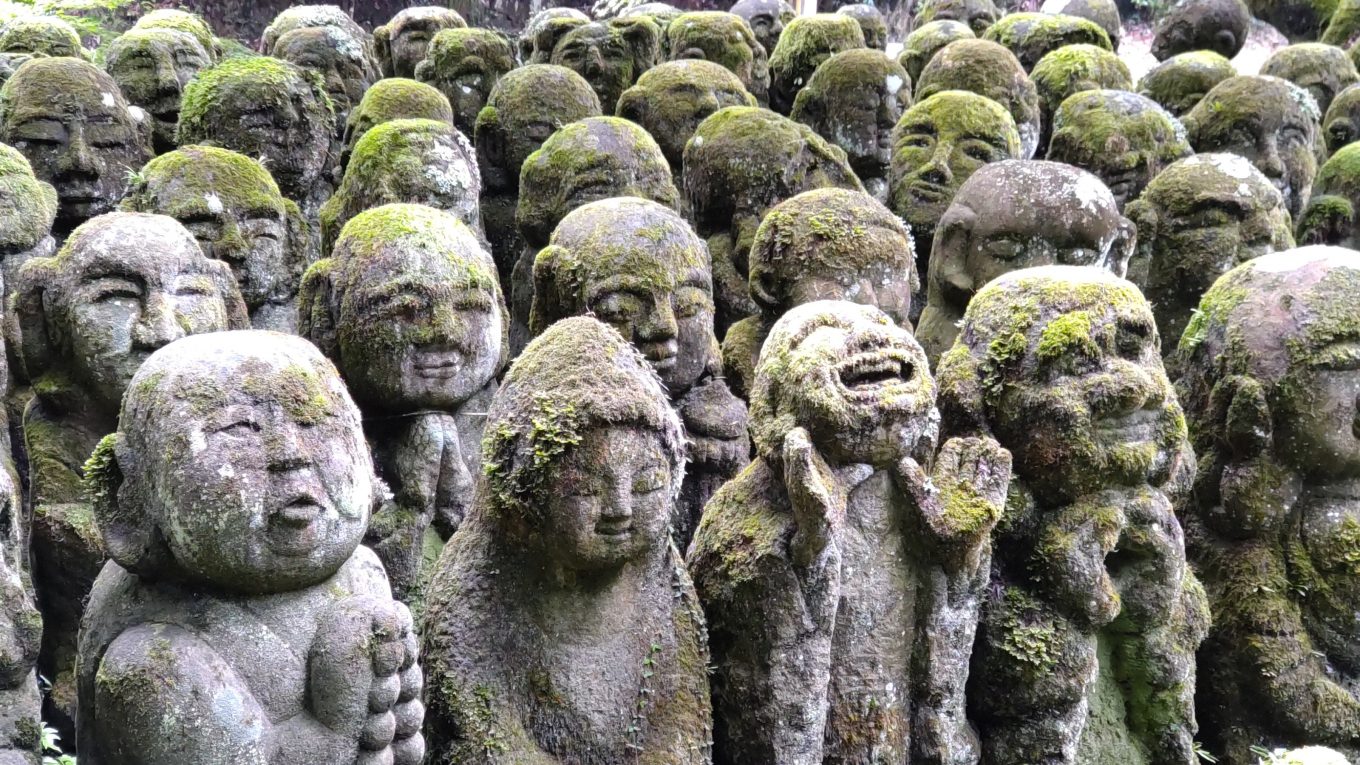 Tucked away on a hillside above the small town of Arashiyama on the outskirts of Kyoto is a small temple called Otagi Nenbutsuji. Arashiyama is often crowded with visitors who come to enjoy its natural beauty of the Rankyo gorge.

Many also come to stroll through the bamboo forests and zen gardens surrounding the large zen temple of Tenryuji.

While many people visit Arashiyama, few make uphill far enough to visit Otaginenbutsuji . This is a shame since it is not only a tranquil and beautiful little temple, but is also home to 1200 magnificent small statues arranged in clusters on the mossy hillsides. These statues are not statues of the buddha, nor are Jizo-sama found at many temples and along roads and paths everywhere in Japan. Instead they are figures call Rakan, who are representations of devoted followers of the buddha.

Like many places in Japan this small temple has a long and complex history with a surprising twist. The original temple called Otaginenbutsuji was situated far to the east, close to the center of Kyoto along the Kamo river. It was built some 1300 years ago when Buddhism was first becoming widespread in Japan under the patronage of the rulers of Kyoto. That original temple was destroyed by a flood, rebuilt and then destroyed once again in a period of civil conflict. Eventually in 1922, it was moved to its present location at the head of a small valley west of the city, on the edge of the forest above Arashiyama. It was, however, greatly damaged again in a typhoon in the year 1950. It was during its latest rebuilding that the many stone Rakan were brought here.

In 1955 a sculptor priest in the Tendai school of Buddhism named Kocho Nishimura was appointed as head priest and charged with rebuilding the temple. In addition to being a Buddhist priest he also ran stone sculpture classes and most of the 1200 stone carvings that line the hillsides of the temple were created by his students. All are unique, many are playful and all are astoundingly beautiful as they age, covered with mosses and lichens silently greeting all visitors with a smile, hands held together in gratitude. If you are ever in Kyoto, please come say hello. 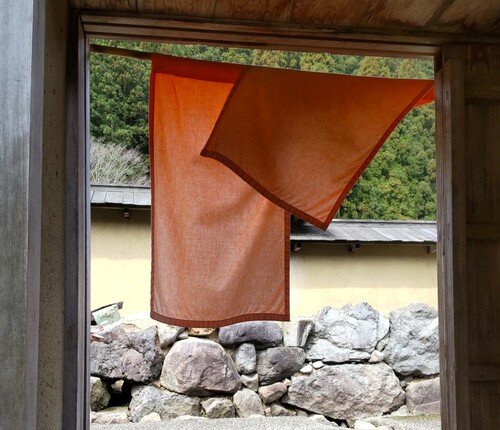