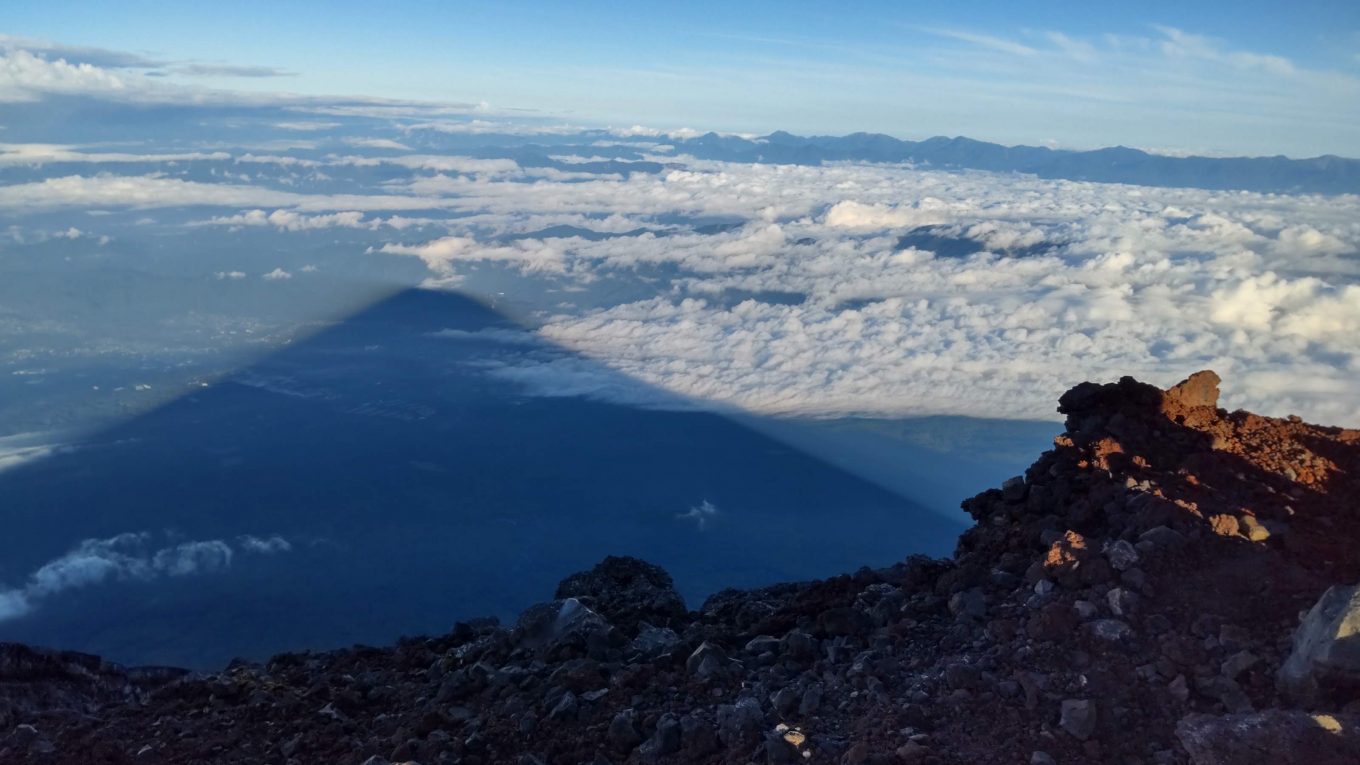 Mount Fuji is of course the iconic Japanese mountain. Its symmetrical cone which rises up 3776 meters above sea level is visible from Tokyo on a clear day. It has appeared in countless images ranging from Hokusai’s famous one hundred views of Mount Fuji to the current Japanese 1000 yen bill.

Recently I had the opportunity to climb it with friends. I had never seen images of the mountain up close, only the typical distant views so I had no idea what to expect. We approached from the south, taking the route from Fujinomiya in Shizuoka prefecture, since that is the easiest to get to from western Japan.

A bus takes you from the Fuji City station through Fujinomiya and then up the flank of the mountain to a trail head at 2000 meters above sea level, which is where most people start. On the way the bus stops at the true entrance to the mountain, a shrine built at an artesian well where cold clean water bubbles out of the base of the mountain. You can step off the bus and wash your hands in the cold water or pray at the shrine for a safe trip up and back.

The bus continues up from there, winding its way up steep switchbacks to the fifth station on the mountain. Routes up mountains in Japan are typically divided into ten roughly equal sections, each of which is marked by a sign, or in the case of Mount Fuji, by a refuge or hut located there. All of the four different routes up the mountain can be started from their very beginnings in nearby towns or by driving up to the highest road access at their respective fifth stations. From there the trail climbs steadily upwards towards the summit.

As you can see from the images, the landscape is forbidding — Mount Fuji is a huge pile of volcanic rock. The entire hike from the fifth station is above treeline, and as you ascend, what little vegetation that can grow in the spaces between volcanic rocks thins out and eventually disappears. For much of the year the mountain is covered in snow although by August most of the snow has disappeared.

Our plan was to climb to the ninth station and then spend the night at the hut there, waking up early the next morning to climb to the summit for sunrise. ご来光 (goraikou) is a Japanese word that means viewing the sunrise from the top of a mountain. While many people go to the summit during the day, it is quite popular to leave one of the high huts well before dawn to see the sun rise. We shared this experience with at least 100 people on one of the high points of the volcano’s rim and the mountain top was very crowded when we walked around the rim just after sunrise.

After the sun came up we hiked around the crater at the top. Mount Fuji is dormant for now so inside is just more rock, but that of course might change. Some people suffer from altitude sickness up on top but, apart from a little shortness of breath we were all fine. We descended down the same trail we came up on with breathtaking views all the way down. Hundreds of people were coming up as well. Good for them, since, while it is not a technically challenging route, and it is clearly marked with fixed ropes most of the way up, it is quite a bit of climbing up the rock pile. Thanks for the wonderful experience 富士山! 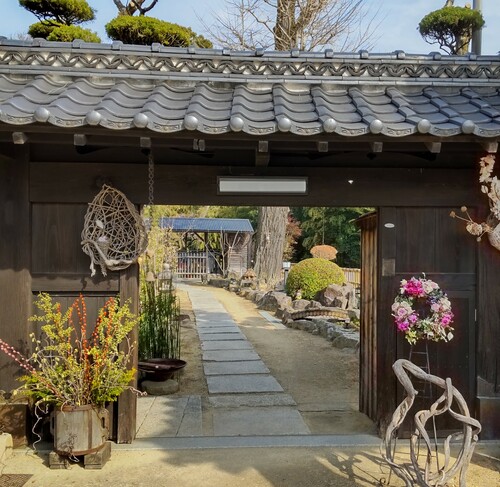