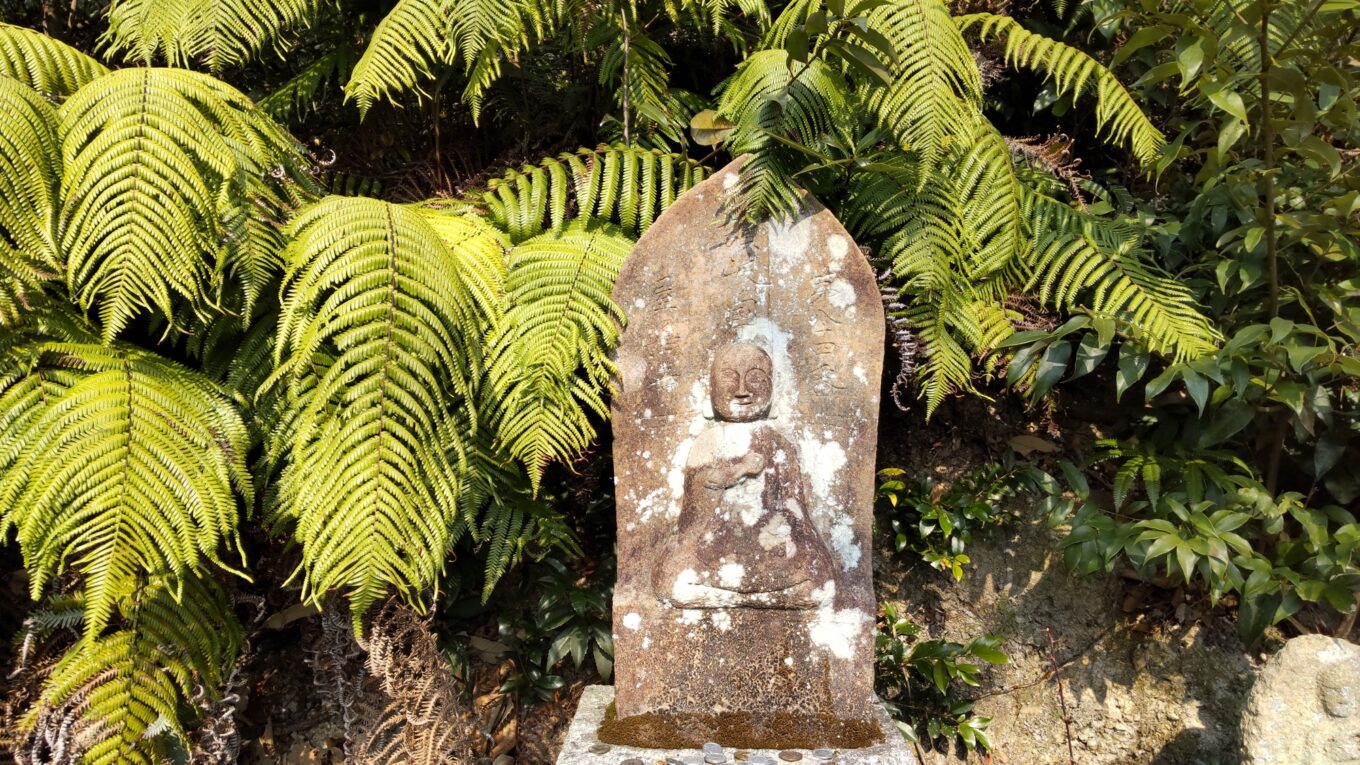 Sakoshi is a small town on the northern edge of Ako. The old town of Sakoshi straddles a narrow pass between two small mountains between the Chikusa river and Sakoshi bay and extends around the bay. It is a beautiful spot much loved by tourists from Kobe and beyond, who seem especially fond of the pastries and ice cream of Salita’s — on nice weekend days there is often a line of fashionably dressed people waiting for a taste. Although I have not seen it first hand, the local sea eagles are reputed to swoop down and snatch away a snack from an unsuspecting tourist’s hands if they are sitting in the park along the bay eating.

Nestled on the hillside above the bay and just uphill from Osake shrine sits a small Buddhist temple called Myokenji. It is named after Myoken bodhisattva (妙見菩薩), a Buddhist deification of the north star, who is a popular figure of devotion in the Tendai and Shingon version of Japanese Buddhism. It was built, according to one source, almost 1300 years ago! The current main temple, dedicated to Kannon bodhisattva, was first built in 1659 and then reconstructed in 1772! Myokenji is one of my favorite places to visit in the area.

In my visits I have rarely seen anyone there, and I enjoy sitting there quietly looking out over the bay and the nearby islands.

On one particular day in early spring I went there hoping to sit quietly for a bit as usual, but a couple was already doing the same and I didn’t want to disturb them. So instead, I set off on the path of the 88 stone Buddhas that starts and ends at the temple. It wanders up the steep hillside to the top of the mountain and onto the next one. And yes there are 88 small Buddha statues, all in the same basic format, but each different than the rest and all inscribed with a number. Here are some of them:

The trail was rocky and steep in places, but not difficult to follow and it took me by some gorgeous and unexpected views of the surrounding area. Not to mention the 88 stone buddhas sitting peacefully in the forest and along the trailside.

So if you are ever in the area, say hello to the 88 Stone Buddhas of Sakoshi. To get there, go to Osake Shrine, and then continue up the road or the path behind the shrine to get to Myokeni, or follow the signs: